Against the proposed demolition of the Cleveland Street workhouse 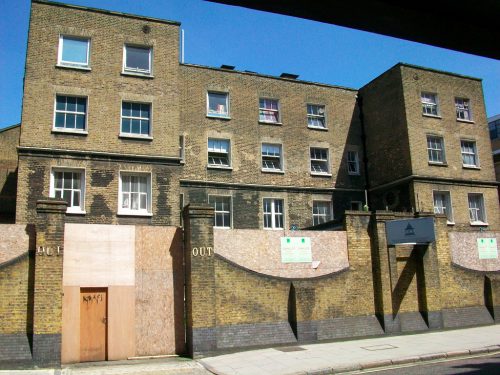 Tired out from pondering the rights and wrongs of George Osborne’s selective hacking away at child benefit, Iain Duncan Smith’s modest proposals for the wholesale reformulation of state welfare provision, the general conference-season ambience of broken electoral promises, simultaneous and self-contradictory accusations of ideological inflexibility and half-baked desperation, the whole unsatisfactory spectacle of a Conservative Party enjoying no shared coherent vision about where the line ought to fall between public provision and private responsibility and hence muddling through as best it can, encumbered all awhile with a coalition partner whose history, instincts and commitments with regards to state welfare provision could hardly be more different?

If so, well, then here’s an easy question for you, by way of light distraction. The question concerns an old building. Just to make it even easier, there’s a photo of it above.

The question? Here goes. Which is a better idea — demolishing an attractive, conveniently-sited, structurally sound Georgian building, replete with historical associations which we’ll discuss in a moment, in order to throw up in its place an unremarkable tower-block providing a mixture of residential accommodation and some office space — or in contrast, preserving the old building, which could easily be converted to suit present-day purposes, including, err, residential accommodation and perhaps even a bit of office space as well?

Not exactly difficult, is it?

The historical case for preserving 44 Cleveland Street is particularly strong, not least for the commentary it offers on the past few centuries of welfare provision in London — a story, as it turns out, with more than a degree of contemporary resonance. END_OF_DOCUMENT_TOKEN_TO_BE_REPLACED

Dilapidated or just complicated? ‘The Roman Forum’ by David Watkin 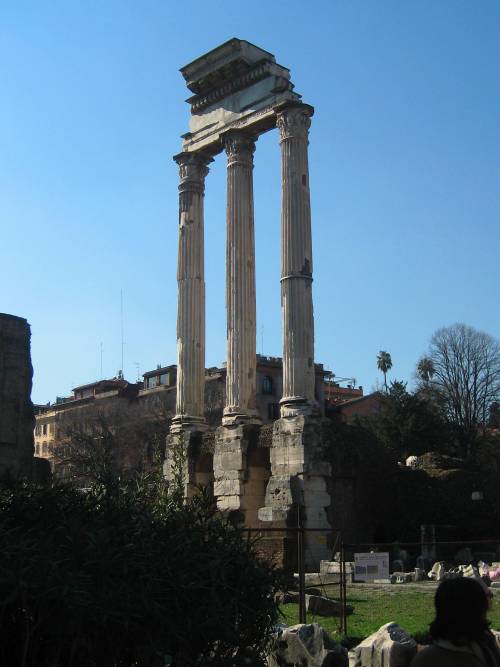 A few sentences into David Watkin’s The Roman Forum, notice is served that this will be no ordinary guidebook. The first paragraph establishes a tone that will persist throughout:

“The Roman Forum is one of the most famous of all historic sites, the heart of the ancient city, the hub of the Roman empire, the goal of tens of thousands of Grand Tourists. It is still visited by millions of people a year, yet it can be a baffling experience. Part of this is because archaeologists dig deeper and deeper in the understandable pursuit of knowledge about Rome and its early history, leaving behind rubble and holes which are ugly and difficult to understand. It is also because some of the most prominent monuments, which are believed by almost all visitors to be antique, turn out essentially to be products of the nineteenth or twentieth century.”

Yet how many other guidebooks would, by way of introducing the reader to ‘one of the most famous of all historic sites’, begin by asserting that the site in question is not only ‘baffling’ but also ‘ugly’ and ‘difficult to understand’ — let alone insist on the illusionless point that what may be seen today of the Forum is, in large part, a modern restoration? How many authors would dismiss archaeologists’ ‘pursuit of knowledge’ at the Roman Forum, of all places, with recourse to that pity-saturated adjective, ‘understandable’?

Prof Watkin, on the other hand, is no ordinary compiler of guidebooks. Professor of the History of Architecture at Cambridge University, fellow of Peterhouse since 1970 and a convert to Roman Catholicism, he has written important books on Sir John Soane,Thomas Hope, C. R. Cockerell, Athenian Stuart, John Simpson and others. His account of George III’s architectural patronage was a scholarly history in which the effort to avoid writing an instruction book for princes was palpable, if not wholly successful. Prof Watkin’s most famous work, Morality and Architecture (1977, revised edition 2001) indicated a willingness to defend as a matter of present-day urgency the inherited architectural vocabulary of ancient Greece and Rome, while at the same time acknowledging timeless doctrinal truth as simultaneously fundamentally different from and confidently superior to the sort of claims that can be made in favour of style, zeitgeist or positivist assertions of ‘progress’.

Not everyone has admired this. Thus Prof Mary Beard who, in her role as general editor of Profile Books’ ‘Wonders of the World’ series, commissioned Prof Watkin to write the present volume, again demonstrates the bracing disinclination to avoid controversy which has not only offended sensitive souls along the way, e.g. here, but lent energy to her re-invention as a successful uber-blogger, achieved without damage to a career as a fellow of Newnham College, Cambridge and a classicist of formidable seriousness.

For commissioning Prof Watkin, in any event, Prof Beard is to be warmly congratulated. The Roman Forum is, to use the almost too predictable phrase, a triumph. Clear-eyed, surprising, malicious, injunctive, polemical and often intensely funny, it achieves a minor wonder of the world in taking a place all civilised people feel they know and rendering it, if not new exactly, then far more complicated, contestible and immediately significant than had previously seemed to be the case. END_OF_DOCUMENT_TOKEN_TO_BE_REPLACED